WHAT IS INTELLECTUAL PROPERTY: Part 1: Why Does the Government Care? 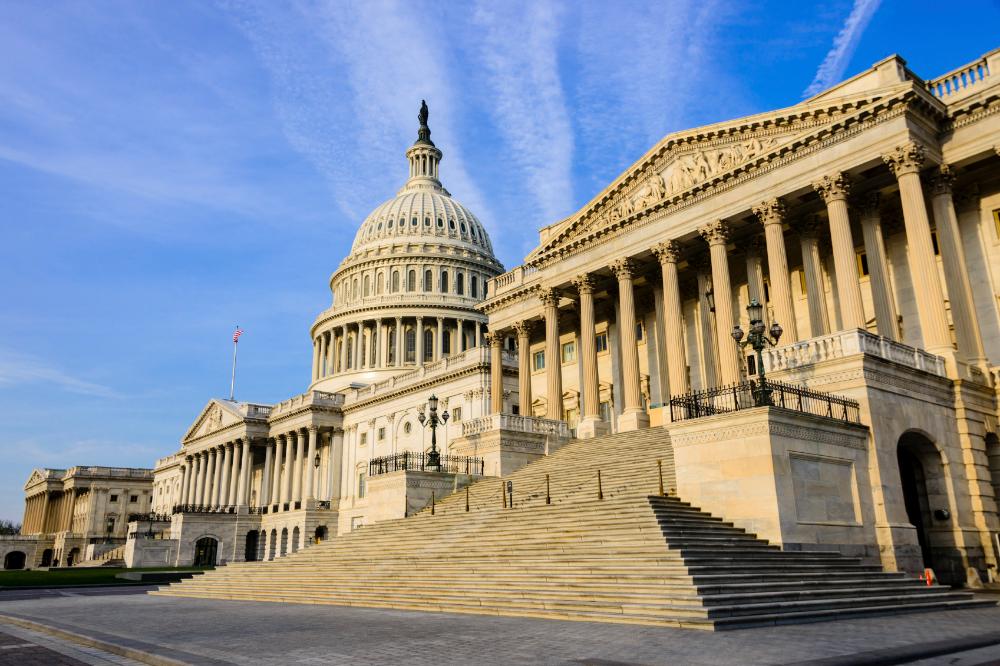 With this post, we’re going to begin a series explaining “What is Intellectual Property”. It will be broken down into a number of separate posts, so each can be a quicker read (the last “quick” blog post was almost 2000 words…).

The above definition really is the key to understanding Intellectual Property. It can be an invention, but it can also be any one of a wide range of other things. Whatever it may be, it comes from creativity. A new product. A painting. Music. A book. A logo. A new way of making something. An employee training manual. If it involves creativity, in the eyes of our government, it may be eligible for certain rights and protections.

When we discuss the different categories of Intellectual Property, there are a number of rules that go along with each one. Some of these may seem complicated. Some may just seem unfair (“What do you mean my idea is Obvious? So what? No one else is making it!”). However, if you understand WHY the government even cares about Intellectual Property in the first place, and what our government (and yes, even the Founding Fathers) is protecting, then a lot of it begins to make sense.

A Brief History of Intellectual Property

Intellectual Property, and Patents in particular, have been a key part of the United States since its very beginning. In fact, Patent Law is authorized in U.S. by the Constitution itself. Article One, Section 8, gives Congress the power “To promote the progress of science and useful arts, by securing for limited times to authors and inventors the exclusive right to their respective writings and discoveries;”

There are seven Articles in the Constitution, before any later amendments. The powers of Congress are in the very first one, and the Founding Fathers considered this so important that it was included right from the beginning. Innovation in science and the useful arts was understood to be key to the country’s future. In fact, four of the Founding Fathers were themselves responsible for important innovations in their time.

(Though not a Founding Father, it’s interesting to note that Abraham Lincoln is the only U.S. President to hold a Patent. It was a device to lift boats over shoals, though it was never actually manufactured.)

Patent Protection in North America actually predates the very existence of the U.S. The Statute of Monopolies, incorporated in England in 1624, revoked any and all previous monopoly rights and declared them only valid for “projects of new invention.” This carried over to the colonies, where the Massachusetts General Court granted Samuel Winslow the first North American Patent in 1641, on a new process for making salt.

The first Patent Laws in the world predate the English system, going back to the Venetian Patent Statute of 1450. There is also evidence of similar recognition of Patent Rights in Ancient Greece, in the 3rd century AD, and Trademarks and Trade Secrets were protected under Roman Law through the actio servi corrupti. The concept of protecting your ideas and inventions has been a significant part of society in all of Western history.

Why does the Government Care?

The government grants Patent Protection. This means that, for a limited time (generally 20 years from the date of filing, under current U.S. law), the owner of the Patent has a monopoly on the invention claimed in their patent. No one else can make it. No one else can sell it. No one else can use it. Isn’t this a bad thing? Doesn’t this hurt the economy and the country, by stifling business and only allowing one person to control a new technology? The idea behind it, actually, is the opposite.

A Patent can be thought of as an exchange with the government. In order to be granted a Patent, the Application has to disclose the invention in such a way that someone else (who has some knowledge of the general field) can build it and use it. If it is not disclosed in sufficient detail, a Patent cannot be granted. The idea here is to get people to disclose their innovative ideas. Don’t keep your inventions secret. File for a Patent, and teach the world about what you came up with. You teach society about your idea, and in exchange for that, as an INCENTIVE to do so, the government will give you a 20 year monopoly on it. This may seem like it hinders other businesses for 20 years, but you have just advanced society’s understanding. Now, the next person can learn from you, and use it to improve on your idea and come up with something better. This keeps innovation going, advancing our society. Understanding this exchange, information and teaching in return for a monopoly, helps with understanding the requirements for Patentability.

The things that I have found most inventors have trouble with are why the USPTO requires “novelty” and “non-obviousness” to grant a Patent. I have heard things like “So what if someone somewhere already came up with it; no one has a patent on it” and “That patent isn’t the same as my idea, it’s just close.” Remember that the government is granting you something very valuable: a monopoly. In exchange for that, you need to teach something new to society. If someone already has what you came up with out there, then how does giving you a Patent advance society? People already know, or can find out. If there is already something out there, and you improved it in an OBVIOUS way, well then others are likely to come up with the same idea. It’s no longer worth giving you a monopoly and preventing the free use of the invention.

Copyright Protection applies to original creative works which are fixed in a tangible medium. It also lasts for a fixed period of time (though significantly longer than Patent Protection). The work can be a painting. It can be a novel. It can even be computer code. The Protection grants the Copyright holder exclusive rights to the use and distribution of the work. No one can show your movie without your permission. No one can print your book, or perform your play. Copyright Protection is actually created the moment the work is fixed in a medium. You do, however, need to register it with the U.S. Copyright Office before you take legal action against someone for infringing your Copyright. So why does the government care about Copyright Protection? This one is less about economics and innovation, and more about the quality of society.

Art. Literature. Plays. Their offspring, movies. All of this improves the quality of society, and the quality of people’s lives. We want to encourage people to create. Create things of beauty, but also create things that spark debate, discussion, and progress. Some will create for the sake of creating, to have an outlet. However, for others, there is little incentive to put in all of the time and hard work of creating if they think that someone else can just come along and copy their work, making money off of their creation. Allowing the creator of a work to protect it through Copyright, and have a monopoly on its use, is an incentive to get people to be more creative, and to share that creativity with society.

Trademarks are fundamentally intended to identify a source of goods or services. A Trademark can be a name. It can be a logo. It can even be the general look of something (the Empire State Building is actually protected by Trademark Law, and the look of many restaurants falls under Trade Dress). You can Federally Register a Trademark for national protection, but you can even have certain protections merely by using something, unregistered, that becomes associated with you as its source. If someone else tries to get a free ride on your reputation or look, then the law may protect you. So, again, why does the government care?

As I said, trademarks identify the source of goods or services. If someone sees a name or a logo, they known that you made the product, or you gave someone permission to use your name or logo. So, if you’re a brand (like Apple), and someone sees your logo on a product, they feel that they can expect a certain level of quality. The idea here is that you, as the Trademark owner, will want to maintain that level of quality, because the Trademark gives legal and economic value to your reputation. You will also be more inclined to invest time and money in improving your quality, because no one else can take advantage of the improvements in your reputation. If you license your Trademark to others, and you do not police the quality of what they do with your Trademark, this can actually be grounds for invalidating that mark.

As with Patents, the government grants Trademark Protection as an incentive. In this case, it is to get you to make sure your goods and services maintain a high level of quality. It’s worth mentioning that, unlike Patents and Copyright, Trademarks can potentially exist in perpetuity, protecting your mark forever, as long as you police your mark and it continues being associated with you. Due to a mark potentially being protected forever, it is easier to lose your mark if you don’t stay in line with the government’s requirements.

(The risk of the mark no longer being associated with you is very real. “Escalator” was a Trademarked name, until it became so common that people no longer thought of it as a brand, but just generally as moving stairs.)

As discussed previously (see http://www.pfabelaw.com/blogs/post/DTSA-Signed-into-Law-and-Effective-Immediately-What-almost-Every-Business-Owner-Needs-to-Know ), a Trade Secret is essentially something that is not generally known to the public, has economic value, and you attempted to keep secret using reasonable measures. So why would the government want to protect this? We just discussed how Patents are meant to encourage you to not keep things secret, but to teach society what you know. Why does the government seem to want to do the opposite, and protect secrets?

Trade Secrets, along with state-based Unfair Trade Practice Laws, are meant to help businesses by ensuring fair dealings. On an international level, Trade Secret Protection can be used against other countries and foreign companies who steal secrets from U.S. companies. On a national (and state-by-state) level, it protects the hard work you put into building your business by encouraging you to follow reasonable measures to safeguard your secrets. If you do, and someone misappropriates your secrets, then the law can be used to help. Businesses are encouraged to follow safe procedures for their information, and to deal ethically with each other. Fair dealings are intended to benefit society.

Trade Secrets are another example of an Intellectual Property Protection which can potentially last forever. This is why Coca-Cola never Patented their formula, but keeps it secret to this day.