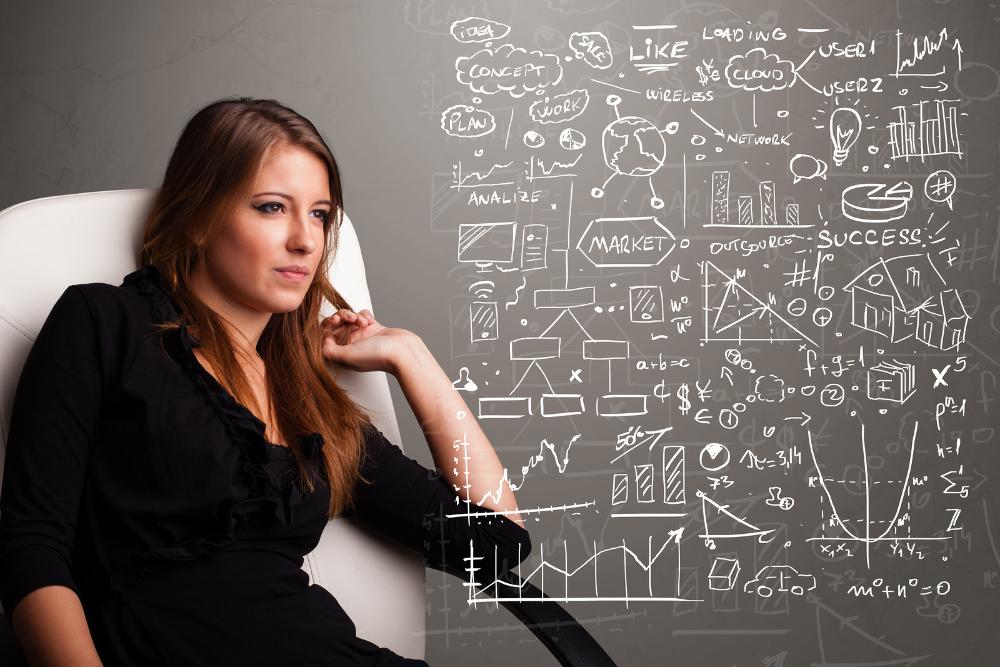 Gene Quinn, on his well-respected site “IPWatchdog”, recently posted an article entitled “The Patent Gender Gap Goes Beyond Fewer Women in Math and Sciences.”[i] In the article, he discussed a recent study by the Institute for Women’s Policy Research, which found that less than 20% of issued U.S. patents list at least one woman inventor (with only 7.7% listing a woman as the primary inventor). It is a very interesting read, and includes a discussion with three women who are passionate about the subject, and are also heavily involved with the STEM (Science, Technology, Engineering, and Math) movement.

(As a personal note, I’m a big proponent of “STEAM”, which includes “Art” in the vital list of subjects that we, as a society, must encourage)

I read the article on the same day as my law firm signed our second new female client in a row, which made it really jump out at me. Despite the national averages, I felt like my personal experience has been the opposite, with MORE female entrepreneurs and inventors seeking Intellectual Property protections (not only Patent) than their male counterparts. So, I decided to take a closer look at my own client list.

Looking at my client lists, I found some numbers that surprised even me:

•  60% of my active Patent clients are women inventors or female-owned businesses (just to keep it “apples to apples” with the study, which studied issued Patents)

•  40% of clients who have had consultations, then decided to attempt handling their IP matters on their own based on my education and advice, are women (no businesses have chosen this route)

•  63% of my overall clients, from all of the above categories, are women inventors or female-owned small businesses

These numbers are drastically different from the national average. Just looking to Patents, my clients are 60% women inventors or female-owned businesses, as compared to less than 20% nationally being named as any one of the inventors on an issued Patent.

Before I get into any sort of discussion of the above numbers, I do have to say that I run a relatively small and new firm. My percentages, based on the number of clients that I have now, could be a statistically meaningless blip compared to if my firm had ten times as many clients, or had been in business for 10 times as long. So, we’re talking about my personal experiences, but they may say admittedly very little about the bigger picture.

So, what could be the causes of the difference (and I use the plural, because I suspect that it is a combination of many factors)?

Why the Difference? Geography?

My clients are largely from Western Massachusetts and Northern Connecticut. I work with clients from all over the country and internationally (Patents and Trademarks are, after all, Federal, so a client can use an attorney admitted at bar in any state when it comes to USPTO Applications), however, the majority are local. This area, and Western Massachusetts in particular, has a reputation for being very “female friendly”, both culturally and in regards to business in particular. This is the reputation, so are there simply more female-owned businesses in my area than the national average?

I volunteer extensively with SCORE, which mentors and offers free advising and resources for small businesses. The Western Massachusetts chapter of SCORE had 57% percent of their clients self-identifying as female in 2015 (with 10% preferring not to identify as either). This is compared to 54% nationally (and 4% nationally not identifying).[ii] So, despite the reputation, it does not seem like my area has that much of a higher female-owned business client base to draw from.

It is worth mentioning that, while SCORE finds 54% of the clients seeking advice to be female, the National Association of Women Business Owners estimates that 31% if all privately held firms are female owned.[iii] Are women more likely to seek out mentoring and advice than men? This seems likely, as there have been many studies done on how women show less confidence in the business world than their male counterparts[iv], which would suggest that they may be more likely to feel the need for and seek out mentors. However, this would also suggest they might be less likely to take the chance of starting a business in the first place.

While mentoring should probably be a discussion for another day, it interesting that 60% of my clients who have decided to try to do things on their own, without the aid of an attorney, are male, while the rest of my numbers skew decidedly female. This does suggest that, at least in my limited experience, male entrepreneurs tend to be more convinced that they can figure things out on their own, while female entrepreneurs are more open to ongoing advice and counsel.

Why the Difference? Law Firm Size?

The national numbers include inventors who have sought out counsel from firms of all sizes, from solo practitioners to international law firms with hundreds or thousands of patent attorneys and patent agents. I, on the other hand, run a very small law firm, where each client works with me personally, and gets personal direction on their Intellectual Property matters, including how they affect larger Business Strategies. Could this be a factor?

In all honesty, I simply do not know. I suspect that, male or female, people tend to vary in their preference for small, personalized counsel, or desire for that sense of a giant “name brand” being on their side. I can say that several of my female clients, when asked why they decided to approach my firm, specifically said that they wanted someone who would be a business partner, and they felt more confident in a small firm having their best interests at heart, rather than just fulfilling billing quotas. This is all anecdotal, so I would hesitate to infer too much from it.

There is also the factor of cost. Smaller firms tend to charge less. Taking my region as an example again, small firms like my own often charge 40-50% less than the large firms serving the same metropolitan areas (business overhead is always a factor). While every entrepreneur, male or female, wants to save money, many female-owned businesses simply do not have the same financial resources as their male-owned counterparts. A recent study performed by Fundera, and published by Forbes, found that women entrepreneurs tend to ask for less financing, receive smaller loans, and pay higher interest rates.[v] Perhaps I am seeing more female inventors (and other female entrepreneurs seeking Intellectual Property advice and protection) because these are the people who tend to seek out a small law firm in the first place?

As I said before, it is difficult to draw too many conclusions from my small personal sample size. What I do know is, I see a dramatically larger number of female entrepreneurs seeking Intellectual Property protections and female inventors seeking Patents than is the national average. I also know that the national numbers need to improve. Recent years have seen tremendous improvements in the numbers of women entrepreneurs and women involved in STEAM, but there is still a very long way to go.

As for whether my numbers are based on my location, the size of my firm, or some other intangible elements? Well, I’ve raised a lot of questions. I invite you to comment below and discuss your own opinions and your own experiences, especially with larger firms or in other locations.

[ii] Based upon 2016 SCORE annual report

[iv] http://www.theatlantic.com/magazine/archive/2014/05/the-confidence-gap/359815/ offers an interesting discussion on this topic, with http://www.inc.com/marla-tabaka/study-women-entrepreneurs-fear-theyre-less-capable.html discussing how some interesting points in successful women’s self confidence